Tambah Komentar Edit
Kampot pepper or pepper Kampot has received protection from the European Union. It's so engraver history groceries Cambodia received such status.For the first time the EU granted the status of "Protected Geographical Indication" to the Cambodian products. The announcement was made in a statement.The decision means only the pepper that grows in the southern province of Cambodia, Kampot, with certain conditions can be marketed in the member countries of the European Union as Kampot Pepper. With the ownership status of protection, prohibited their imitation of the famous name for pepper will touch the intense floral aroma.

"Mrech Kampot (Kampot pepper) will benefit from a very high level of protection in the EU market," said the EU in a statement quoted by the AFP . 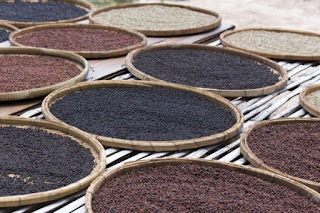 Although most food protection produced by the European Union member states, are now increasingly being given to countries outside it. There are 20 non-EU product which received protection status. Including baklava Gazientep Turkish and Indian Darjeeling tea.

Meanwhile, Kampot has long been regarded by many chefs as one of the best pepper strain. These peppercorns have a variant of green, white, black and red. The color red is the most sought after among all types.

Kampot pepper is already becoming known globally since the French colonial occupation in Cambodia. In recent years, many restaurants the world who use the pepper. Its main markets are Europe, USA, Japan, Korea and Taiwan.

As in 2010, Kampot pepper has received the status of geographical indication (GI) of the World Trade Organization.