Tambah Komentar Edit
the UK's largest supermarket chain, Tesco tackle food waste with charity. Whole foods are not sold will be donated to local charities.Metro reported last year Tesco dispose of 55 400 tonnes of food to 30,000 tons of which are still edible. This amount is equivalent to approximately 70 million meals. In order to tackle food waste and help the poor, Tesco distributed the food to local charities.This nationwide plan to do with the launch of 14 stores Community Food Connection, which in the last 6 months managed to collect 22 tons of food, or the equivalent of 50,000 meals.

The shop is operated with an open digital platform called FareShare FoodCloud. The shop staff and employees of charities can work together to distribute excess food. 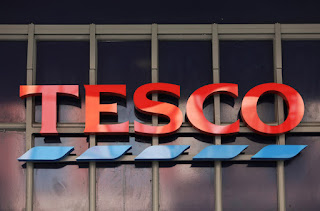 Community Food Connection will be present in 15 cities and regions of the UK this week. Including Manchester, Birmingham, Southampton and Portsmouth. The plan throughout the store will stand until the end of 2017.

Tesco and FareShare trying to attract 5,000 charities and local community groups to join and receive food. It also called other supermarkets adopt FareShare FoodCloud to create a broad industrial platform.

This social initiative is also accompanied by the launch of the Perfectly Imperfect who sells fruits and vegetables defects at a bargain price. The plan is the product is also available in other supermarkets .

Dave Lewsis as Chief Executive of Tesco said, "We believe there should be no food is still edible to be wasted. Therefore we commit no excess food from the supermarket we ended up in landfills. "