Tambah Komentar Edit
The international coffee outlets generally use paper cups for drinks. Although made of paper, the cup is apparently difficult to recycle up to be bad for the environment.Quoted from Munchies, The Times reported, 400 cups of coffee outlets of paper used in the UK, less than 1 cup of the paper being recycled.In the UK the use of paper cups reaches 7 million pieces per day. When totaled, number around 2.5 billion per year. This fantastic amount not accompanied recycling process that is needed environment.

Simply Cup reports that only less than 3 million paper cups were recycled last year. This is because the paper cups need to be sent to a special facility that separates the plastic laminate on the cup before it can be recycled. In the UK, the facility is only in Kendal and Halifax. 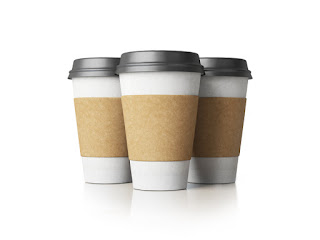 The anti-waste campaigners believe the company's claim of coffee on the paper cups that can be recycled is not entirely true. This is because the claim only refers to a paper cup, but did not explain about the plastic laminate.

As Starbucks has 760 outlets in the UK said, "We have aimed to make 100% of paper cups we use can be recycled or reused in 2015."
Meanwhile, Peter Goodwin of Cups Simply said many consumers do not know that only a small paper cups that are totally recyclable. This year, they are targeting to process 6 million paper cups.

"Less than 1% of paper cups are recycled. Consumers trust brands that scored the sign recycled paper cups they will actually recycle it. People have been misled," said Goodwin.

Currently Starbucks can not say the proportion of the paper cups that they are recycled. He said he only said it was doing a combination of approaches to overcome this.

Goodwin argues coffee outlets in the UK could do more to show to the customer regarding the extent to which they are environmentally friendly paper cup.

"People are getting fed up with the story environment. They need transparency and clarity on how the paper cups are recycled," he concluded.