Tambah Komentar Edit
After France, Italy will be the second country in Europe to have a meal waste legislation. The first will be enacted in the supermarket.France pick legislation mewajibakn every supermarket donated food that is not sold out and the food is worth eating in the social body. This is true since February.Traces of France, followed by Italy which was prepared by the same rules. This rule has got dukunga public and discussed in parliament. Next will be filed in the Senate voting.

Unlike France were fined in the supermarket food waste. Italy will provide incentives to business entities that donate leftover food. This is done to address the problem of waste food worth 12 billion euros. 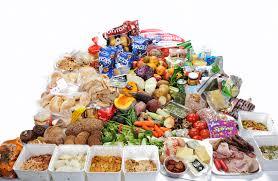 This legislation will provide tax rebates and other incentives vary depending on donations. Every bar, restaurant and supermarket will donate leftover food must register first.

The new regulations will also provide the opportunity businesses medonasikan food after the 'best before'.

'Our goal is to provide convenience for companies to donate food than throw it away. We recently had saved 55- million tons of food waste per year. We hope to reach 1 billion tons this year, "explained Maurizio Martina, Italy's agriculture minister told La Republica.

'The problem is simple. We had a decent meal to eat and will be discarded. While many people in the world suffer from hunger, 'he told the Independent.

While Denmark has opened a supermarket that sells food worth eating at a bargain price. The leftover food is donated supermarket.