Tambah Komentar Edit
Burger identical as American popular foods. But in France, buns contain meat patty is now a favorite menu in the restaurant.French people's tastes seem to change to match the Americans. This is evident from the results of a recent study which reveals 75% of restaurants in France offers a burger on the menu. In 80% of those restaurants, burger even so the best-selling menu."Listening burger (in France) is unstoppable," said Bernard Boutboul Food Consulting Company as Director of Gira Conseil, which is behind the study.

Last year, about 1:19 billion burgers consumed in France. When converted, this quantity is equal to the consumption of 16 burgers per person each year. The total is up 11% from the previous year. 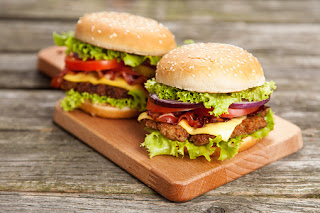 Because of the popularity, burger shifting the main menu of French society that is jambon-beurre consisting of ham and baguette butter. This classic sandwich sales fell to 1.23 billion in 2015.

"If it continues like this, then in the next 2 years sales jambon-beurre and burgers can be competing," said Boutboul as reported by Fox News

Not only luxury restaurants are reaping the benefits of increased sales of burgers. McDonald's France is the largest market outside the United States experienced an increase in revenue this year.

Boutboul explains fast food restaurants such as McDonald's, Burger King, and accounted for a third of total sales Quick burger in France.

"Burger has developed from a basic menu into a menu of fast food restaurants Michelin-star restaurant. More than just a fad foods, burgers have become a way of life," he said.

Seeing an opportunity in France, an American company burgers, Five Guys plans to open its first store in Paris in the next few weeks.

But the burger popularity in France is not currently able to beat the Americans. In 2014, the restaurants there sold more than 9 billion burger. That is, every average person ate 28 burgers in the year.

About the sale, the more burger marketable. It encouraged the presence of a chain restaurant quality such as Shake Shack and Five Guys. Revenues in American restaurants that sell burgers reached 70 billion USD in 2013.