Tambah Komentar Edit
"Your parrot is depending on you to provide all the things that will make a great life. Clean air is the best gift you can give. Continually removing the following 5 pollutants from the air can help you give your pet a good life.

Household Dust These fine particles are typically an accumulation of all sorts of things. In a normal household they it can include pieces of fabric, paper, and dirt from outside and even fine pieces of metal shavings that are produced when the hinges rub as doors are opened and closed. 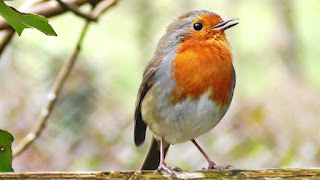 If nothing is done, these particulates fall out of the air, but are made available to breathe again and again with normal movement through the house, or draft created by fans, and the air conditioning and/or heating system.

Dander These microscopic flakes of dead skin are created by your birds, other warm-blooded pets, and by humans. They are sent into the air easily and if your pet is forced to breathe air that is thick with these particulates, they can begin to clog air passages.

The other important reason to literally ""keep the dander down"" is that it provides an unending food source for dust mites. These little bugs are well known for their ability to trigger allergies and asthma in humans, but their body parts and excrement can also become airborne which again is bad news for your parrot's respiratory system and overall well-being.

Pollen Most people think of this as only a problem in the spring. But there is pollination happening for the most of the year. Trees can start the process as early as January. Grasses send out pollen in the summer and weeds in the fall. So the season has the potential of lasting from January through the first frost which in some places is as late as early December.

There is no way to keep all of these tiny spores out of the house. And this is just one more particle that has the potential of circulating again and again making it available to clog your parrot's air.

Dried Excrement- Is a fact of life with a parrot. Cleaning the cage often can reduce the amount that dries and can become airborne as particles. These small flakes have the potential of carrying germs that harmful to both birds and humans.

In fact Chlamydiosis or Psittacosis is transmitted from birds to humans in just this way-inhaling dried excrement of an infected bird.

Bacteria And Viruses- When airborne these germs attach to larger particles to move from one host to another. So by removing airborne particulates you are also eliminating a substantial portion from the air.

The best way to remove airborne particulates that are .3 microns or greater is by actively filtering the air with high efficiency particle arresting (HEPA) filtration. By continually scrubbing the air you can effectively clear the air for your parrot which will go a long way towards improving their quality of life (and yours too)."