Anatomy of a Horse Racing System

Tambah Komentar Edit
"What's the problem with any form of system? I've worked in IT for over thirty years designing and testing systems.

We put them together carefully, meticulously, fully tried, tested and then we install them. Then people use them and they fall apart!

A horse racing system is similar, it has a logic, it can be designed and tried but on the day you make a selection somebody forgot to tell the horse it was supposed to win and the bookie is laughing all the way to the bank. 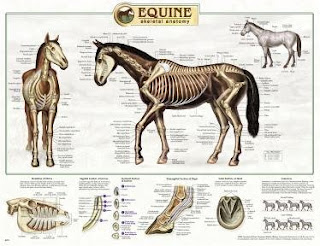 But we keep going and sometimes , just once in a while you get it right and your system wins and keeps winning, well some of the time.

So how do we put a horse racing system together?

From the offset we need information, the more data we have the greater the chance of succeeding. Usually most of the daily papers in the UK have a racing page but it is the Racing Post that gives the most complete information available. So my article references will be to the Post.

As with any betting enterprise be it equine or human or in this case a mixture of both you need a core idea or concept, irrespective of it coming from an inspired idea or empty chip carton, a system needs a starting base. Our launching pad is to look at handicap races, horses usually end up in handicaps, most never reach the elite of group racing.

The my core idea is to consider horses that finished second in their last race. The handicap rating of a race is like a ladder where horses have been moving up or down depending on their rating, those that win get a higher rating and those that keep losing get a lower rating. A horse finishing second might remain on the same rating or at most a slightly higher rating. But at minimum we know it has some reasonable form.

The basis of a good horse racing system is to have at least two or more base criteria.

Next we might look at the horses speed rating.

The Post gives a value for both the latest and best(over the last year) times against each horse. But these values aren't always taken at the distance the horse is running at today so that has to be considered. So our core system is a horse that finished second and has either the highest rating for the Latest or Best rating as long as it was taken against today's distance. Our base system may find many winners but it may also discover many losers because of the quantity of potential selections in a system like this can be used against any code of racing, Flat, All Weather and National Hunt. And on certain days such as Friday's and Saturday's there can be many meetings and the more meetings the more qualifiers.

So the next stage in creating a horse racing system are the filters. Filters are used to reduce the potential numeral of selections and hopefully reduce the amount of losers. An area to look at first is the betting forecast. It's generally accepted that 60% of winners come from the initial four in the forecast, in handicaps it's a slightly larger, so well say the first five. It could be that several horses have the same forecast so we include all horses in the initial five forecasts. Horses carrying top and bottom weight win less than those in the centre so those horses are excluded.

Some horses can only perform under certain weather conditions, some like the ground soft while others like to hear their hooves rattle on the hard ground. The Post gives a tick as an indicator of the liking of a horse for today's conditions. An idiosyncrasy of our great racecourses is that some, such as Thirsk and Beverley exhibit significant advantages to where a horse is drawn in certain races, again the Post will indicate positive or negative. Any negative aspect should be taken note.

There are many other filters and factors we could apply but we need to get the balance in terms of the numeral of bets and the potential winners and losers.

The Avon Handicap System employs this type of approach in it's selections, careful , methodical and with an eye to a decent strike rate. With any horse racing system there are other factors that need to be taken into consideration. Do you have a good betting bank for example?

And any system will not always perform at its best all the time.

The different codes of racing have their optimal months where systems will operate more successfully. All you can request of a system in certain months is that it can keep it's head above water. Patience is the key and don't use money you can't afford to lose.

Good luck and might the force be with you."