Tambah Komentar Edit
According to history the first person to tame a wild bird was a monk named Saint Serf who tamed a robin by feeding it. In 1890 and 1891, Britain had a very harsh winter and asked people to put out food for birds. Bird feeding has rapidly become a pastime for many families even in the United States.  Bird feeding has been thought of as an activity only for bird watchers and other avian scientists, but it has gained popularity and a high percentage of homes use one bird feeding method or another. 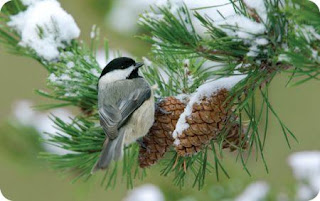 The food may be seed, kitchen scraps, pet store food etc.  As the weather becomes cooler, backyard birders start cleaning out feeders and purchase supplies for the birds in winter. In order to properly feed birds it is important that you provide the following basics.

Feeding birds provides them with food sources during winter and harsh migratory periods. It helps in collecting data that is helpful in conservation efforts.  Feeding Stations, or bird tables, as they are sometimes called should be cleaned regularly, otherwise bacteria and mould could even cause death to the birds, sometimes even in large numbers.

They should be placed in open spaces to avoid birds crashing into windows in your home. Window crashes cause injury and death to many birds.  When putting seed on the feeding stations, it is important to include a variety that attracts many different species of birds. Putting one kind of seed encourages over population of one bird species to the detriment of other species. It may also encourage invasive species to drive out local populations.

Niger Seed is a good variety as it has tonic releasing properties and is high in oils. Goldfinches and tits are terrifically attracted to this variety of seed, also called nyger, ramtil, inga and black seed. Sunflower seed is another variety to keep in you feeding station. Finches love to crack open the husks of sunflower seeds to get to the inner kernels known as sunflower hearts, which are rich in oils.