Tambah Komentar Edit
"There are many different types of bird life all around the United Kingdom, they come in a wide variety of colours, sizes, shapes, noise levels. Since December of 2011, there are reportedly 596 different species of bird currently residing in the United Kingdom. This means that almost 600 different types of bird can be seen soaring the skies in a place where roughly 62,641,000 reside. That's over 100,000 people who can dedicated their time and worries to just one species of bird and help in their survival. However, identifying the birds you are going to be helping is the best way to be sure you are giving them what they need. The bigger birds of Britain are usually seen as more self-sufficient than the smaller, but it never hurts to be able to identify them. 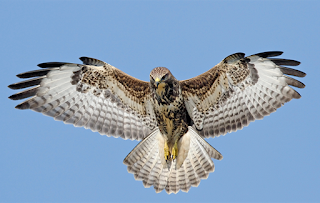 Defining Britain's biggest birds all depends on how you are going to categorise them. The tallest bird is not the heaviest bird, and the heaviest bird does not have the longest wingspan. Within this article we shall explore the birds whom are Britain's biggest, in three different categories. This means you can begin to understand how you can identify these birds beyond their plumage, taking in to account their stature, sizing and wingspan. This may also make it simpler to identify these birds if they are in flight, or you cannot get close enough to them to recognise them by their finer identifiers.

The easiest way to be sure that a bird is Britain's biggest is by seeing how tall they are. This is also a clear and simple way to identify a bird should you be unsure by its colouring and marking of what it is- its size should be a clear indicator otherwise.

The Common Crane is the tallest bird in Britain, at its tallest it is recorded as being 1.3m tall. This is the same average height of a child between the ages of 8 and 10. So if you are out with your younger siblings and the bird looks to be the same size as them, you can make a rough guess that this is the bird you see. However, these birds migrate and are only within Britain for the month of April and early May. There have been a few sightings of these birds within autumn, but they are incredibly rare.

Where the tallest bird is the Common Crane, the heaviest bird is the Great Bustard. These birds have recently been reintroduced in the Britain, having suffered a bad decline in their numbers throughout the years. However, they have recently becoming breeding birds in Britain, and their numbers are hopefully set to rise again. The heaviest recorded Great Bustard weighed 18kg, meaning that the future Great Bustard's we could see in Britain may be just as heavy as this. These birds will be seen throughout the year, once breeding becomes more successful.

With the Common Crane and the Great Bustard currently involved in Britain's biggest bird war, you would think there would be no room for more. However, there is a bird that has the largest wingspan within Britain that is neither the Bustard or the Crane. The largest wingspan of a British bird is 2.45m recorded, and that measurement belongs to the White-Tipped Eagle. These birds are most commonly found on the West Coast of Scotland, and it is in fact incredibly rare to see them anywhere but the West Scottish coastline.

Big birds of Britain are quite capable of looking after themselves, but as is proven with the Great Bustard, it can become dangerous for them to live without assistance. If you are aware of any of these birds residing in an area close to you, then it is important that you are conscious of your actions and how they may affect the birds around you. Be sure to keep their homes clean and free of obstruction, in order to help Britain's biggest birds thrive."