Dressage - a Game of The Noble Families

Tambah Komentar Edit
"Dressage is merely the training of the horse. The word dressage has been picked up from the French dictionary which comes into the meaning of ""training"". The experts train to the horse for using his body in a flexible way and to organize as an entertainer, the style and flimsiness of a ballet dancer. The main objective of Dressage is to produce some defined athletic, enthusiastic abilities into a horse. In a difficult scenario, the rider must have to learn the art to control as well as strengthen his muscles of a horse. Furthermore the rider must have to win the complete cooperation and dignity of a horse so that they can perform together in a harmonized condition.

In the ancient time some people had considered to the Horses as a senseless animal but according the scientific research the nature has gifted significantly better senses to the horses than human. The horses are well aware about their surroundings and they have performed day to day mental based exercises and also they are able to learn and solve highly cognitive challenges with classification and conceptual learning. 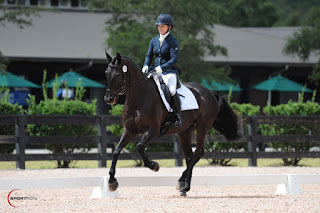 The art of training to the horses for competition had existed from the many centuries. The evidence of training horses was founded in the ancient Greeks, those were enthusiastic to organize Dressage type exercises. The most primitive work on horses training was made by Xenophon, who was the military commander of the Greek. The beginning of modern dressage was started during the European revival when the Neapolitan gentleman Federico Grisone set up a riding academy in 1532 in Naples. France had achieved a noteworthy place in Dressage immediately afterward in the 20th century Germany snatched the top position from France.

The Art of Dressage was adopted by the military colleges as a sport of horsemanship. Initially it was allowed to the military officers for taking part but later on it was also permitted to the civilian people. During the European revival era highly skilled horses were added in military parade and these great European established an organization namely ""Imperial Spanish Riding School of Vienna"" in 1572 for the training of horses. Dressage became the part of Olympics games in 1912 at Stockholm in which only commissioned military officer entitled to contend, but in 1952 the rule and regulation were changed and it was allowed to civilian men and women to compete.

In Britain the first special institution was founded in the name of ""British Horse Society Dressage Group"" in 1961 in its first year 8 competition were held between the 123 members. Today in UK the this organization having with total members about 13000, more than 10,000 skilled horses and about 2,000 competitions have been organized at different venues in throughout the UK.

Presently cutthroat dressage engages nine type of progressive level relating to different kinds of tests contained by each level. The individual tests are also written for musical freestyle, sport horse reproduction and performances incorporating several horses and riders. The testes are changed every four years by the US Dressage Federation, the United States Equestrian Federation and the International Equestrian Federation.

Below are the some of the Dressage exercises which are learnt by the horses.

Piaffe - a dressage movement in which a horse the horse walks briskly on the spot. This method is called as somewhat straightforward.

Center Pirouettee - In this method the forehead of the horse represents a circle with the haunches-in around the hindquarters. The outer surface hind leg rotates around the inside leg, which carry on to leave the field and land on the similar spot, keeping the series of the center all over the entire Pirouettee. This method was also used to quick turn away from or toward the foe.

Passage- In this movement the horse is asked to walk briskly with great momentum and force. In this exercise the horse should be calm and the rider should also be in full control. The movement is slightly faster than piaffee."