Animal Research is Controversial But Important

Tambah Komentar Edit
"Animal research has long been a hot-button issue prompting the conundrum of whether or not it is okay to test medical advances on animals if it means helping thousands upon thousands of people down the line. It is certainly a loaded question, and one that has seen its fair share of arguments, with compelling points made on each side. Professionals, who have dedicated their lives to veterinary study, might be more inclined to argue that testing on lab animals is despicable and immoral. It is not easy to become a veterinarian-they have to attend veterinary college, take the veterinary board exam (also known as the NAVLE exam)-but above all, these people have an undying love for animals, and the thought of any test being performed on them is simply unacceptable. 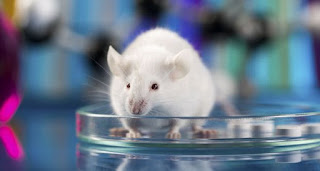 On the other hand, you have doctors and researchers who have similarly committed their lives and careers to the advancement of medical science, and to them, animal testing is simply a part of the equation. If it weren't for lab animals, doctors would have no working knowledge of antibiotics, vaccinations, chemotherapy, blood transfusions, or many other commonplace medical practices. And in between, there are all the people who don't work in either field, but simply have an opinion one way or the other. The pervading sentiment for most people seems to be that as long as the animals are treated humanely, animal research is necessary to the advancement of science.

No matter where you stand exactly on the issue, it is impossible to ignore some of the truly remarkable research discoveries that have come at the hands of utilizing animals as test subjects. In China, for example, researchers led by Dr. Zheng Xiaoxiang have managed to train a monkey to effectively control a robotic arm and hand using only its brain. Even more impressive is that they've discovered that the monkeys can attain a level of fine motor control whereby they can actually utilize individual fingers autonomously from one another, and not just move the whole hand.

The monkeys are placed into a device that connects electrodes to microchips on the monkeys' heads, which receive electro-chemical signals from the brain controlling the arm. When a monkey successfully completes the given task, he or she is rewarded with a drink of juice in the classic Pavlovian paradigm.

This particular scientific advancement could vastly improve the quality of life of certain amputees who might receive robotic prosthetics, which, thanks to this research, could functionally replace their lost limb. Animal research is certainly a sticky subject, and the lines of morally acceptable practice are often arbitrarily drawn, leading to the perpetuation of the dispute. But whether you're studying hard for the NAVLE exam, doing high-end biomedical research, or you just have a dog at home that you love, one thing seems clear. Animals can be our partners in discovering advances for both humans and non-humans, but we must be sure that we are never doing more harm than good in the larger sense when studying our furry friends."