Tambah Komentar Edit
"The house always smells a little strange after being away for a while. Our trip to the city was fun and a great opportunity to get to know Cousin Tim and his family, but there is no place as comfortable as my own comfy couch and a backyard full of hidden treasures.

We arrived home earlier this morning, and since then I've spent my entire afternoon inspecting the house and my yard for any signs of tampering. I trust that Buck kept an eye on things, but you should never be too trusting especially when there are squirrels in the trees. 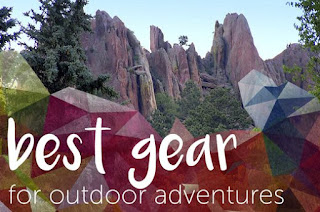 The yard is indeed full of new scents, most of which are strictly limited to the fence line. Apart from two messages that Izzy left (one was wondering where I was last play-date and the other was just gibberish), the only other traces where left by a couple of cats and some new leaf piles that had accumulated in the corners of the yard.

After scouring the back yard for any signs of unwanted mischief, I've moved indoors to inspect the house further. All my toys are left unaltered in their precise placement. No strange scents or traces of incursion upon my bedding. Everything was in its right place. And now, with my security job over, I can move on to my usual goofing around.

Though I'd love to play or perhaps get on over to Izzy's house to make up for our missed play date, I've discovered that the old man is apparently a little tired from the trip we took. We didn't move around much-mostly the old man just turned the wheel around every now and then. Not much work, but he's apparently tired nonetheless.

So while he's taking a nap, that leaves me with little much else to do but snuggle up with him and catch some beauty sleep as well. (It keeps my coat lustrous.) I crawl up onto the bed and wiggle my nose under his outlaid arm. Then we sleep.

Or I try to, at least for a while. Something wasn't alright. I had forgotten something. It was an odd smell that didn't belong. It was the smell of the old man's favorite drink. His ""tea"" as he persistently calls it, but has never offered me a drink. He normally makes it later in the afternoon, the whistling pot alerting me that it is time to enjoy some toast (I don't get a drink, but he does pass me the crust).

But we have yet to enjoy the toast and tea session for today, though I do smell that it has been prepared. Perhaps a little too prepared. I should check it out.

Down and out, I rush to the kitchen where I soon discover that though the pot is not on the stove, something entirely different is. It's hot and smoky, filling the room with a nasty scent of over-toasted bread. It all smells very ""tinglish"" with a touch of ""snipped."" That's not a good combination to have in one room, and quite frankly, that thing on the stove isn't supposed to be there.

Out and back to the room, I call for the old man to come check things out. I leap up onto the bed and pounce on the old man's chest, licking his face and calling to him. At first he groggily brushes me aside, but once he too picks up on the scent, he's up and out almost as quickly as me.

Back in the kitchen, the old man throws his arms into the air and starts chanting some strange word over and over again. I guess it's like a ritual when you see this thing. Maybe he's just calling it to get down off the counter.

Of course, the thing does not get down (and I'm kind of glad it didn't), so the old man grabs a can that has a hose attached from under the sink and fumbles around with it. I guess he's trying to get the top off. Once he manages to get things in order, he points the hose outward and out rushes a whoosh of foam that is ice cold. Flakes of the snowy substance launch out in all directions, some even landing on me. The coolness felt really good in comparison to the hot summer air.

Once he was done, the old man just stood there and stared with his now very oversized eyes. He kind of looked silly if you ask me, especially since he was still chanting that same word. The thing was gone from the stove and had now been replaced by snow. And you know what, I'm kind of upset that the old man had been keeping a whole can of snow under the counter all summer long and had never let us play with it before today."