Tambah Komentar Edit
"Many dog lovers would love nothing more than to have a one of a kind breed that's different from your average Labrador or German Shepherd. Here are some of the rarest dog breeds who are still around. 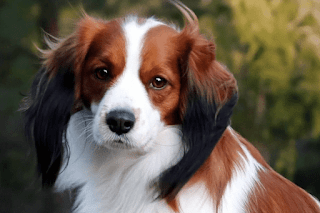 A Turkish Pointer breed, it's known for its ""split nose,"" Catalburun are commonly used for hunting and are prized for their speed and stealth. These dogs are not commonly seen outside Turkey but some breeders have started to breed them outside their homeland.

One of the best herders around, the Mudi has been herding flocks of sheep since olden times. This Hungarian native has soft, curly fur and a smooth face. They are middle sized dogs and can both protect and guard the herd.

This breed arrived in the United States 8 years ago and has since gotten some attention as a good house pet. The Thai Ridgeback has a wrinkled face and short coat. It's identified with the ridge that grows against its spine which it shares with another breed, the Rhodesian Ridgeback.

Knows as ""Puffin Dogs"", this hound sailed together with the Vikings where they were used as hunters. These dogs have flexible joints and have double dewclaws on all four paws. A common problem with this dog is that they have weak digestive systems which may cause them to have a short lifespan.

Some call this breed the ""American Dingo"" and has been linked to primitive breeds like the New Guinea Singing Dog and Australian Dingo. They only have one estrus cycle every year, like wild dogs. They are also called ""yellardawgs"" and run through South Carolina's woods.

Considered as the origin of the mastiff dog, these huge, furry dogs are the fierce guardians of the Himalayans. Cross breeding and the shift to a different environment have caused these dogs to suffer many known illnesses like DM in dogs. They have also been cross bred for a better temperament.

These dogs resemble Greyhounds closely and are originally from Africa. They have a longer body compared to a Greyhound and are more pack oriented. Azawakh are very social dogs and need a lot of attention form their owners. They were used to hunt down animals in the African prairie.

Before taking in one of these dogs as a pet, you might want to check your local vet and animal community if they can live in your area. Some towns actually ban certain dog breeds and you will have to get them registered. You also need to have their heath checked on and make sure they're not sick with uncommon illnesses or even genetic ones like DM in dogs."