Rocky Adventure, Who Did It?

Tambah Komentar Edit
"What am I going to do today?  seek entertainment! My mind is swirling with emptiness right now. I don't know what to do. And that's how it was all morning. But not anymore. Now, here we sit, a room full of friends and three judges. Somebody did something, and no one is going anywhere until we find out who did the deed.

The evidence of the crime was clear as day. A wet spot soaked the carpet in the left corner of the living room. It was almost impossible to miss because you had to step in it to get to the couch. This is exactly the reason it has so urgently been brought to our attention. 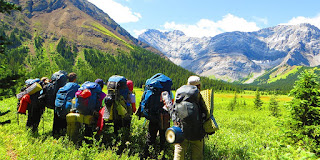 Earlier, right after I had been pouting about not having anything to do, my plans had sharply changed from wanting to play to enjoying the good company of all my friends. First Debbie and Izzy had showed up with a freshly baked pie. Shortly after, Christy brought Buck over and I'm sure that Thieves was sneaking around somewhere. Then we added in a new friend. New neighbors had recently moved in, affirming the story that Mr. Good Cat had told me a few days ago. The strange thing is that I never guessed that a dog and cat would live in the same den.

Yes, it is very true. Our new friend _____ was a dog of a different sort. He almost looked like a bunny rabbit instead of a dog. He had a long body, short legs, and ears that perked up just like a bunny. He even hopped around when we played keep away.

Like a good bunch of dogs, we invited him out for a few games and laid down the rules for my home. The young puppy nodded in agreement (he was only four dog-years old) and we played for hours. Izzy would run with the ball, then Buck would tackle him and pull his ears to make him let go. I'd dive in and scoop up the prize. Izzy tackled me and the ball bounced over to _____ and it all started over again.

Of course, we were having so much fun outside that we didn't even know anything had happened inside. That is until we heard the yelp. Christy's voice was loud enough that we even stopped playtime. (That's not easy for a dog to do.) Buck was first in to make sure his companion was all right, which she was. It was more of a surprise than anything else. Nothing to worry about. At least that's what I thought.

Now the judges are here, and the evidence says somebody has ""wet"" the carpet. Debbie, Christy, and the old man are staring down at us four, trying to figure out who the culprit is.

Izzy: No way, mama! You gotta believe me!

We weren't getting anywhere. No dog would fess up and the truth is that we were all accounted for at the time of the incident in question. I'm sure I had Izzy by the tail, Buck had a clamp on my ear, and _____ had Buck by the scruff.

That accounts for everyone. But someone here is guilty. That spot didn't wet itself. I'm no scientist, but I know that spots don't just pop up anywhere they please. I looked at each of my playmates, my own suspicion growing. Who did it? Buck knows better and Izzy went outside. That leaves the bunny-eared newcomer, _____. But, he hasn't even been inside today.

I have to gather more evidence. I sulked over to the spot, informing the judges of what I was doing. I'm sure they didn't want me tampering with evidence, but I had to check the scent to match it to our records.

I sniff. I taste. I declare the match to  pop! I enjoy a little more. Christy scoops me up and tells me no. I ask why not. After all, it wasn't us. Last time I checked, dogs don't wet carpets with soda pop. I present this new evidence before the judges.

And that's when our new neighbor walked in with a spray cleaner and a towel. The judges started laughing and down I went. My friends and I were free to go. We were exonerated on all charges and it's a good thing because we had to catch up on missed playtime."

Belum ada Komentar untuk "Rocky Adventure, Who Did It?"