Dogs Cushing's Disease Can Be Deadly Dangerous If Not Treated

Tambah Komentar Edit
"Dogs Cushing's disease can turn out to be very dangerous for your dog if not treated. It can damage the pet's liver, kidneys, and even heart causing diabetes and some neurological disorders. Having this disease your dog will be more subjected to be infected with different infections through the mouths, ears, and even skin.

Dogs Cushing's disease is often called ""hyperadrenocorticism"" and is caused by a chronic overproduction of hormone cortisone. A healthy dog's pituitary gland produces hormone ACTH that is responsible for stimulating the adrenal gland to produce glucocorticoid (a steroid hormone). If there's an overproduction of glucocorticoid (cortisone) a dog gets Cushing's disease.

The main three causes of dogs Cushing's disease include: problems with the pituitary gland, problems in the adrenal gland, and a man-made cause. 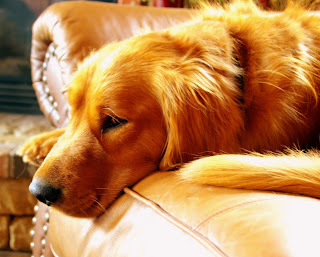 The last cause of dogs Cushing's disease can result from getting too much cortisone via injections or supplementation of it. However, if your dog's body produces too little cortisone it may suffer from vomiting, weakness, sudden collapse, and even death.

It should be emphasized that a great number of diseases or conditions with your dog can be prevented if its immune system is able to fight intrusions. For instance, Pantothenic acid (Vitamin B5) is an important vitamin responsible for combating stress, via improving the activity of the adrenal glands. Vitamin B5 can also greatly increase the energy levels of your dog, as well as the other B vitamins including niacin, riboflavin, thiamine, and vitamins B6 and B12 which are especially important for the dog's nervous and glandular system.

The most widely spread symptoms of this disease include the relaxation of the ligaments in the abdomen and enlargement of the liver. A sick dog will have a big belly but at the same time the weakened muscle mass. The lack of cortisone leads to hair loss and consequently thinning of the skin. You can also notice that your dog is constantly hungry and thirsty, thus it will have increased urination and weight growth.

There's a number of certain dogs' breeds that are more subjected to Cushing's disease. They are the Terriers; Bull, Silky, Boston and Yorkshire Terriers, Toy and Miniature Poodles, and Dachshunds.

It's very difficult to diagnose Cushing's disease on its early stages, as some other canine diseases can have very similar symptoms. So, if you suspect your dog to be sick with this disease, it's highly recommended to have it examined by your veterinarian as soon as possible. Its blood chemistry and a urinalysis should be studied thoroughly.

Treatment of canine Cushing's disease offers a few options, such as medical treatment, radiation treatment and surgery. The method of treatment depends on the size and nature of the tumor. However, not all dog owners can afford surgery on a tumor in the pituitary gland. So, most of owners choose non-surgical treatment. Oral treatments proved to be very effective in treating the pituitary gland tumors.

Although more than 80% of all cases of this disease has to do with the pituitary gland, oral treatment can be also successfully used for the treatment of the adrenal. The most well knwon forms of treatment include Ketoconazole, Lysodren, and Trilostane. The latter is the brand new treatment that has shown very promising perspectives of treating this disease.

One real non-surgical treatment till recent has been Lysodren that is very cheap but at the same time effective belonging to the oral treatment. But this method of treatment has some serious side effects. And if you've started to treat your dog with this method be ready to take this treatment for the rest of your pet's life.

Ketoconazole has been widely used during the last several years because of some side effects of interfering with the synthesis of steroid hormones. This medicine was replaced with Trilostane that proved to be very effective in treating dogs Cushing's disease. Besides, it has no side effects.

Summing up, it's necessary to mention that if your dog is treated is a proper way, it will live a log healthy life. Remember to strengthen your dog's immune system."